Posted on November 11, 2018 by Christine Payseur

Couch potatoes aren’t the only people seeking the counsel of psychics and astrologers. Clairvoyants have a booming business advising Philadelphia bankers, Hollywood lawyers and CEO’s of Fortune 500 companies.

Since time immemorial humans have longed to learn that which the future holds for them. Thus, in ancient civilization, and even today with fortune telling as a true profession, humankind continues to be curious about its future.

Fortune-tellers typically attempt predictions on matters such as future romantic, financial, and childbearing prospects. Many fortune-tellers will also give ‘character readings’.

Divination is the term used for predictions considered part of a religious ritual, invoking deities or spirits. The term fortune-telling implies a less serious or formal setting, where belief in occult workings behind the prediction is less prominent than the concept of suggestion or spiritual.

A psychic is a person who claims to use extrasensory perception (ESP) to identify information hidden from the normal senses. The word ‘psychic’ is also used as an adjective to describe such abilities.

A large industry and network exists whereby psychics provide advice and counsel to clients. Psychics may be theatrical performers, such as stage magicians, who have demonstrated techniques and results similar to those of popular psychics.

They have identified, described, and developed psychological techniques of cold reading and hot reading.

French, Australian, and Indian groups have parallel offers of up to 200,000 euros to anyone with demonstrable paranormal abilities.

Large as these sums are, the scientific seal of approval would be worth far more to anyone whose claims could be authenticated.

To refute those who say there is no ESP, one need only produce a single person who can demonstrate a single, reproducible ESP phenomenon. So far, no such person has emerged.

HOW DO THEY DO IT?

The term clairvoyance is the alleged ability to gain information about an object, person, location or physical event through extrasensory perception. Clairvoyance refers to the paranormal ability to see persons and events that are distant in time or space.

Precognition , also called future sight, and second sight, is an alleged psychic ability to see events in the future, which would violate the principle that an effect cannot occur before its cause.

Second sight is a form of extrasensory perception, the supposed power to perceive things that are not present to the senses, whereby a person perceives information, about future events before they happen (precognition), or about things or events at remote locations (remote viewing).

Prophecy involves a process in which one or more messages allegedly communicated to a prophet are then communicated to other people. Such messages typically involve inspiration, interpretation, or revelation of events to come.

Elaborate systems of divination and fortune-telling date back to ancient times. Perhaps the most widely known system of early civilization fortune-telling was astrology, where practitioners believed the relative positions of celestial bodies could lend insight into people’s lives and even predict their future circumstances.

The Delphic Oracle is one of the earliest stories in classical antiquity of prophetic abilities. The Pythia, the priestess presiding over the Oracle of Apollo at Delphi, was believed to be able to deliver prophecies inspired by Apollo during rituals beginning in the 8th century BC.

One of the most enduring historical references to what some consider to be psychic ability is the prophecies of Michel de Nostredame (1503–1566) who claimed to be a converted Christian and known as Nostradamus.

Nostradamus is best known for his book Les Propheties (The Prophecies), the first edition of which appeared in 1555, during the French Renaissance period. Since then they have become famous worldwide.

In the mid-nineteenth century, Modern Spiritualism became prominent in the United States and the United Kingdom. The movement’s distinguishing feature was the belief that the spirits of the dead could be contacted by mediums to lend insight to the living.

As the Spiritualist movement grew other comparable groups arose, including the Theosophical Society, which was co-founded in 1875 by Helena Blavatsky (1831–1891).

Mediumship is the practice to purportedly mediate communication between spirits of the dead and living human beings.

Attempts to contact the dead date back to early human history, with mediumship gaining in popularity during the 19th century.

In Spiritism and Spiritualism the medium has the role of an intermediary between the world of the living and the world of spirit. Mediums claim that they can listen to and relay messages from spirits, or that they can allow a spirit to control their body and speak through it directly or by using automatic writing or drawing.

Séances take place in darkness so the poor lighting conditions can become an easy opportunity for fraud. Physical mediumship that has been investigated by scientists has been discovered to be the result of deception and trickery.

Modern spiritualists and psychics keep detailed files on their victims. As might be expected, these files can be very valuable and are often passed on from one medium or psychic to another when one retires or dies.

Mediumship has fell into disrepute. However, the religion and its beliefs continue in spite of this, with physical mediumship and séances falling out of practice and platform mediumship coming to the fore.

Pseudoscience is a claim, belief, or practice presented as scientific, but which does not adhere to the scientific method. A field, practice, or body of knowledge can reasonably be called pseudoscientific when it is presented as consistent with the norms of scientific research, but it demonstrably fails to meet these norms.

Science is distinguishable from revelation, theology, or spirituality in that it offers insight into the physical world obtained by empirical research and testing.

A variety of tests have been performed to demonstrate telepathy, but there is no scientific evidence that the power exists.

While the standards for determining whether a body of knowledge, methodology, or practice is scientific can vary from field to field, a number of basic principles are widely agreed upon by scientists.

The basic notion is that all experimental results should be reproducible, and able to be verified by other individuals. Scientists who study anomalistic psychology consider mediumship to be the result of fraud and psychological factors. Research from psychology for over a hundred years has revealed that where there is not fraud, mediumship and Spiritualist practices can be explained by hypnotism, magical thinking and suggestion.

The hypnotic atmosphere of the darkened séance room and the suggestive effect of the experimenters’ social and scientific prestige could be used to explain why seemingly rational people vouchsafed occult phenomena.

The medium may obtain information about their sitters by secretly eavesdropping on sitter’s conversations or searching telephone directories, the internet and newspapers before the sittings.

Mediums are known for employing a technique called cold reading and obtain information from the sitter’s behavior, clothing, posture, and jewellery.

Cold reading also explains why psychics have consistently failed scientific tests of their powers. By isolating them from their clients, psychics are unable to pick up information from the way those clients dress or behave.

Even if a psychic doesn’t use a private detective or have immediate access to driver’s license records and such, there is still a very powerful technique that will allow the psychic to convince people that the psychic knows all about them.

The technique is called cold reading and is probably as old as charlatanism itself. If John Edward really could communicate with the dead, it would be a trivial matter to prove it.

The evidence presented for psychic phenomena is not sufficiently verified for scientific acceptance, and there exist many non-paranormal alternative explanations for claimed instances of psychic events.

Parapsychologists, who generally believe that there is some evidence for psychic ability, disagree with critics who believe that no psychic ability exists and that many of the instances of more popular psychic phenomena such as mediumism, can be attributed to non-paranormal techniques such as cold or hot reading.

All that would be necessary would be for them to contact any of the thousands of missing persons who are presumed dead, famous (e.g., Jimmy Hoffa, Judge Crater) or otherwise, and correctly report where the body is.

Of course, this is never done. All we get, instead, are platitudes to the effect that Aunt Millie, who liked green plates, is happy on the other side! 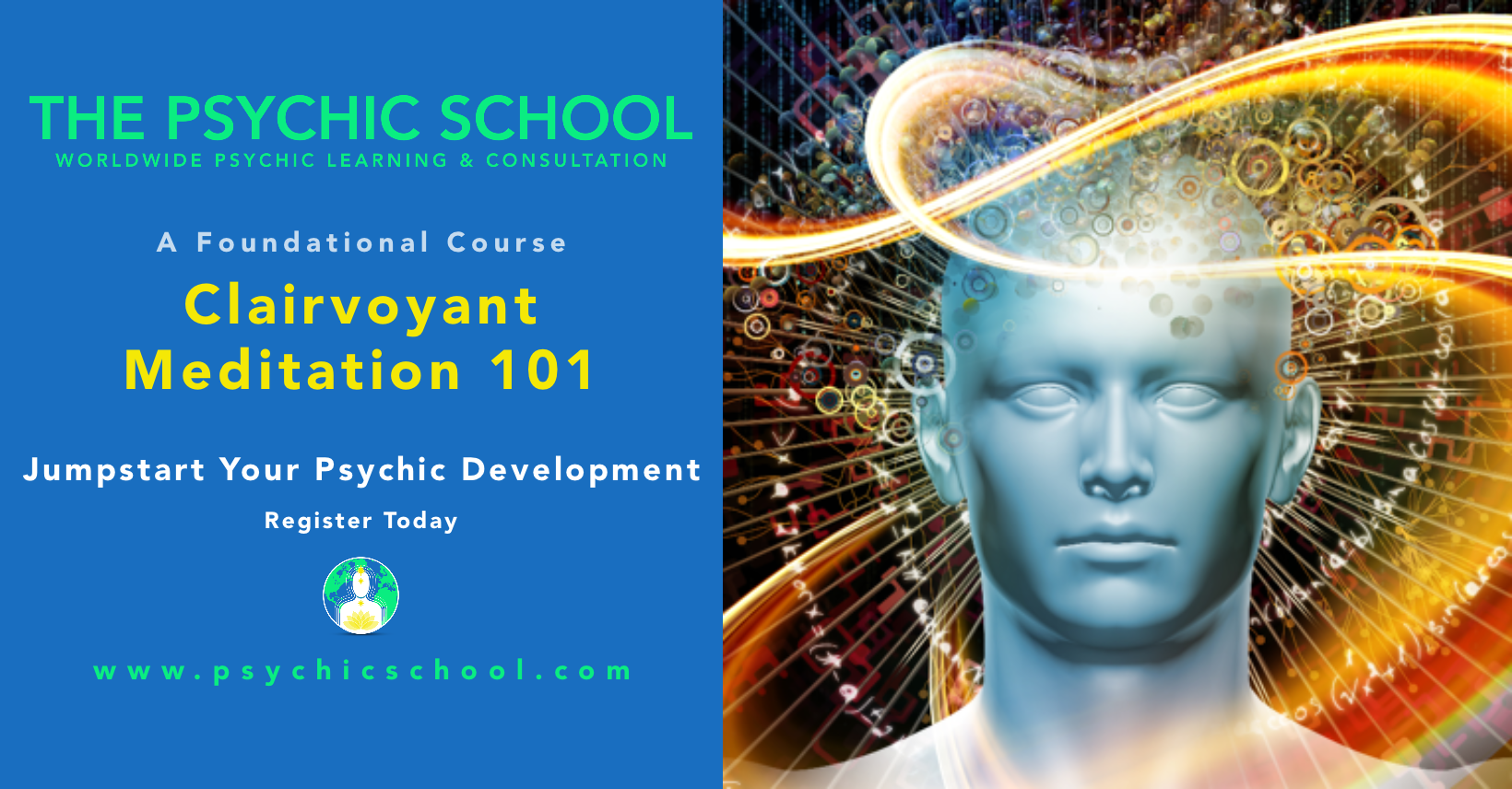 EXPLORE SOME EXCELLENT EXAMPLES OF THE PHENOMENON :-